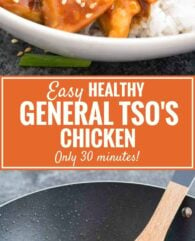 General Tso’s Chicken is one of the most popular Chinese Food takeout dishes that is sweet, slightly spicy, and so easy to make at home! This healthier version made without breading has fewer calories but tastes as delicious as the fried original. Ready in less than 30 minutes and only 207 kcal per serving! 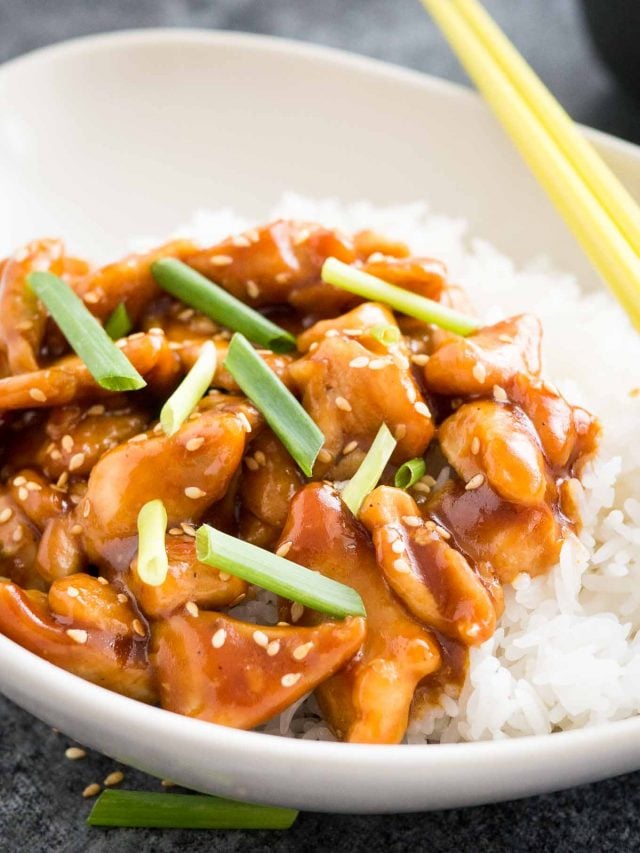 General Tso’s Chicken is a Chinese-American restaurant staple that is super easy to make at home. It is sometimes also called ‎General Tao Chicken or General Tse’s chicken. My family loves this lighter, not fried version of the popular, usually high-calorie dish that doesn’t make you feel guilty when you come back for seconds. And I promise you will come back for seconds!

Some recipes for homemade General Tso’s Chicken are really complicated, with different breading steps and the need to deep fry twice. This recipe is as delicious but takes only half the time to make and is lighter than your normal take-out because the chicken is only lightly coated in cornstarch and stir-fried instead of deep-fried.

Not only is this easy General Tso’s chicken recipe so delicious, it just so happens to come from my friend Char’s new cookbook: The Healthy Wok Chinese Cookbook! I was lucky enough to be one of her recipe testers so I got my hands on a copy before it came out and I have to say her book is my most used cookbook at the moment. You have to try this healthier homemade version of your Chinese take-out favorite! 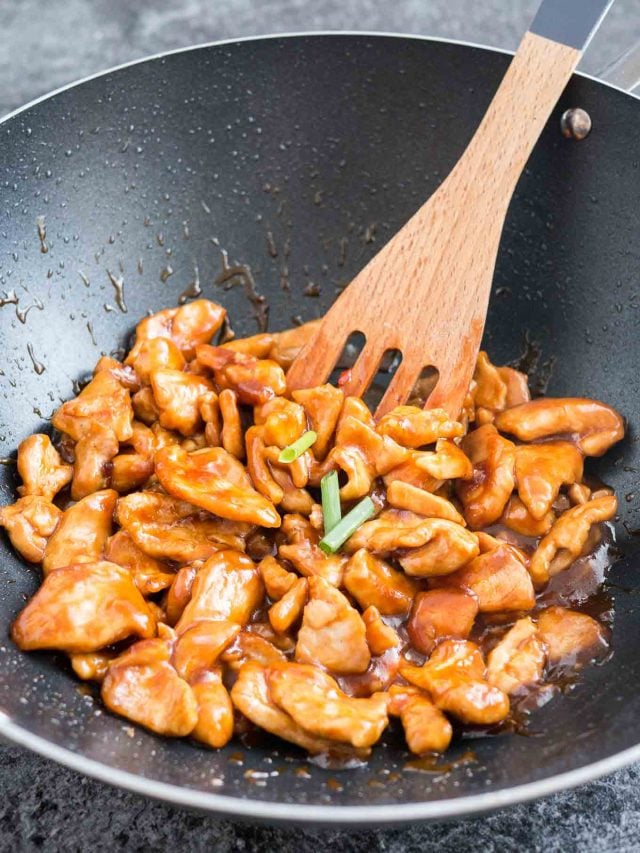 Tips and Tricks on how to make General Tso’s Chicken 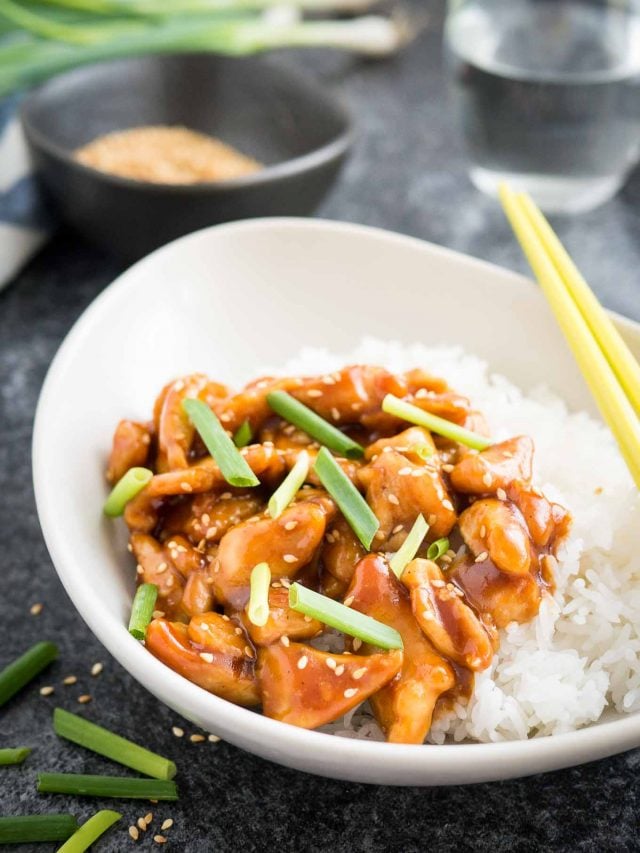 Wok: A carbon steel wok is your best choice for cooking Stir-Fries!
Soy Sauce: This is my go-to soy sauce! I always have a big bottle in my fridge.
Hoisin Sauce: This sauce gives General Tso’s Chicken it’s authentic flavor.
Rice Vinegar: Don’t even think about skimping here! Rice vinegar is sweet and delicate, while white vinegar is sour and harsh. 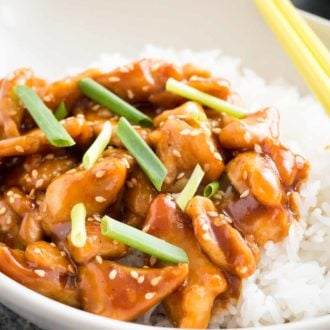 General Tso's Chicken is one of the most popular Chinese Food takeout dishes that is sweet, slightly spicy, and so easy to make at home! This healthier version made without breading has fewer calories but tastes as delicious as the fried original. Ready in less than 30 minutes and only 207 kcal per serving!
Prep Time: 25 minutes
Cook Time: 10 minutes
Total Time: 35 minutes
Course: Main Course
Cuisine: Chinese
Calories: 207kcal
Author: Julia Foerster
5 from 13 votes
Print PIN RECIPE Rate

Reprinted with permission from "The Healthy Wok Chinese Cookbook 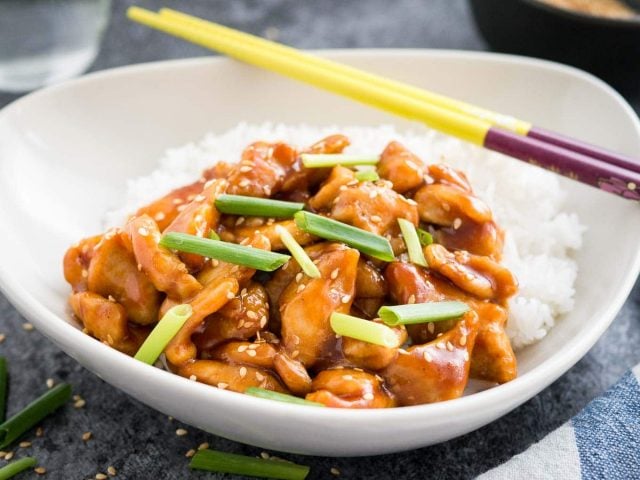