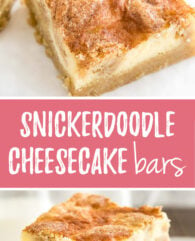 Snickerdoodle Cheesecake Bars are the best of both worlds with a creamy cheesecake top and a soft cinnamon-sugary snickerdoodle bottom. 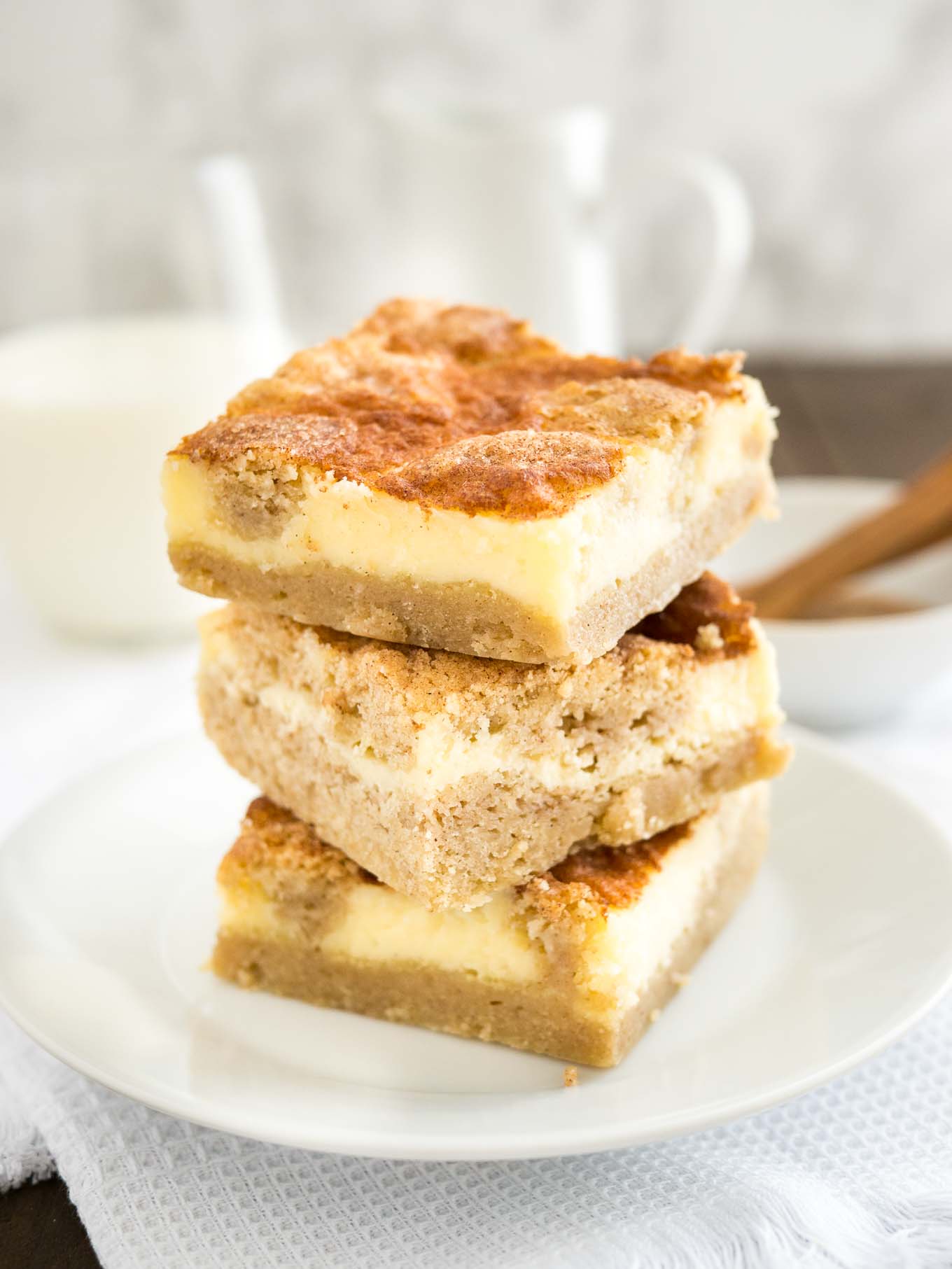 Snickerdoodle Cheesecake Bars are nearing the top of my favorite desserts list. The creamy cheesecake layer combined with the cinnamon sugar cookie bottom makes these little bars beyond delicious. If you love snickerdoodles and cheesecake, you better get ready because these will be gone FAST!

Soft and puffy Snickerdoodles are full of memories for me. The cinnamon-sugary smell reminds me of my grandparents who loved to sprinkle it over every dessert. I just love the warm and cozy feeling that everything cinnamon-sugary gives.

These easy-to-make Snickerdoodle Bars are no exception! They are pure cinnamon-sugary deliciousness combined with creamy cheesecake and can be made completely from scratch in less than one hour! 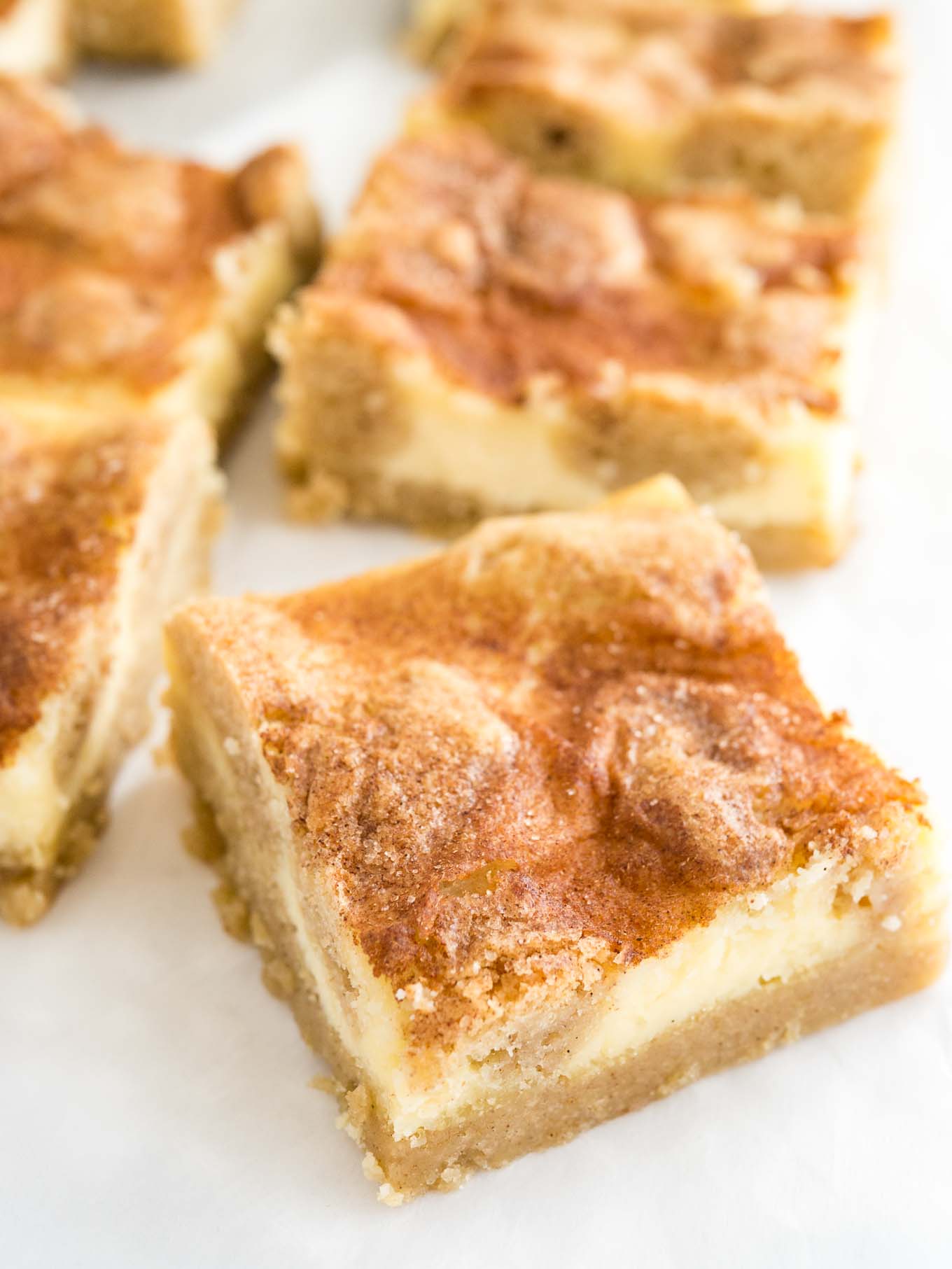 Some tips and tricks for this Snickerdoodle Cheesecake Bars Recipe:

Tools Used in the Making of these Snickerdoodle Cheesecake Bars:

9 x 13 inch Pan with Lid: I love this baking pan! It comes with a lid so it’s easy to transport baked goods or casseroles and it’s super easy to clean, everything slides right off. I use this pan for all my 9×13-inch cakes, bars, and casseroles.
Stand Mixer: The most beautiful appliance in my kitchen! I own it in the gorgeous Ice Blue but the new Imperial Black one is my current favorite color.
Vanilla Extract: This is my favorite vanilla extract. I also love their vanilla sugar for recipes where I don’t want to add more liquid. 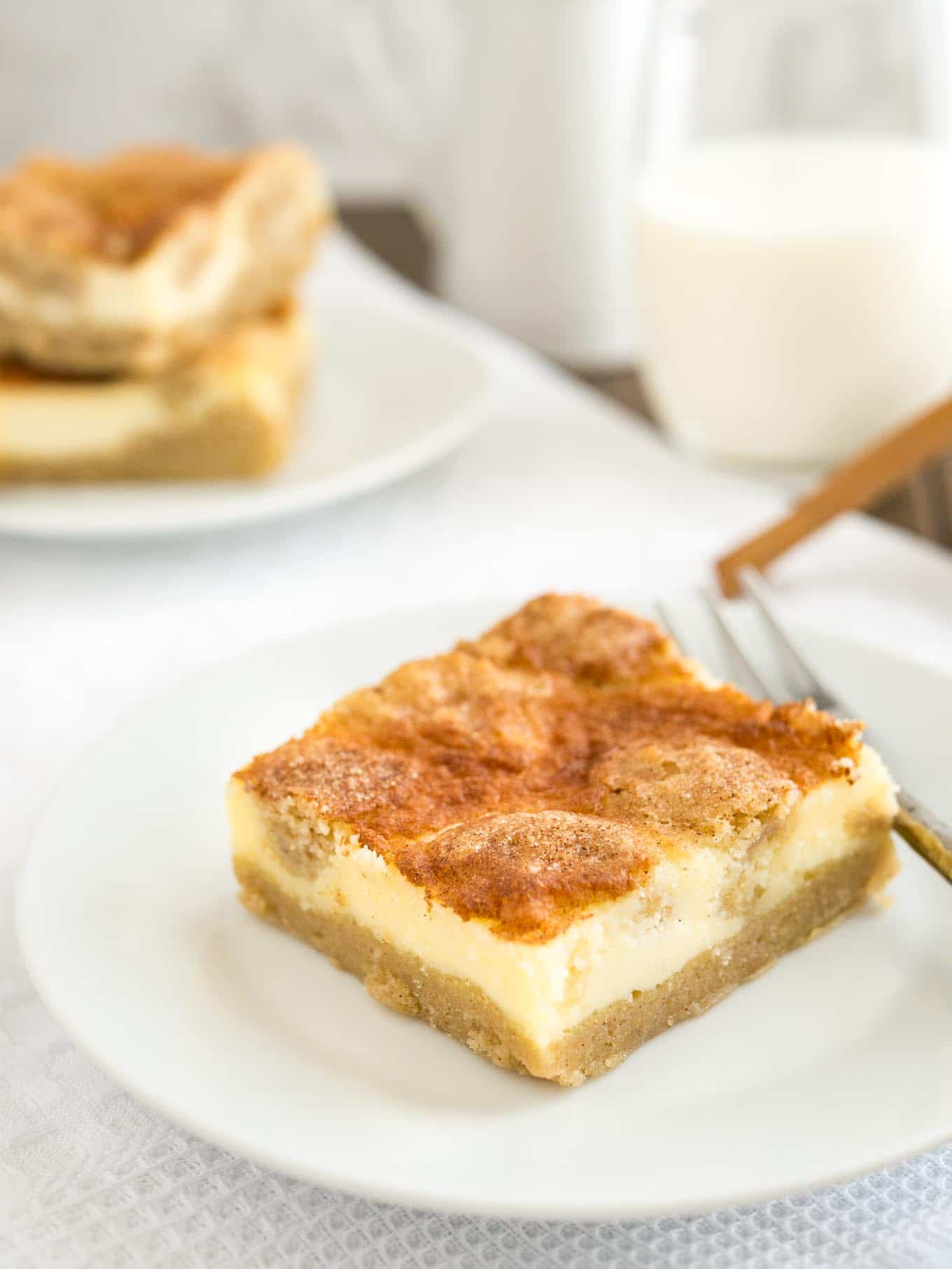 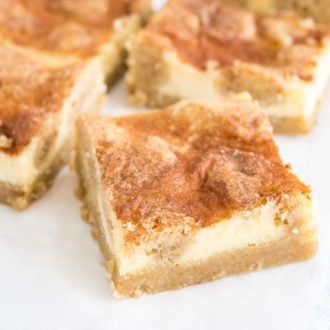 For the Cheesecake Layer:

How to make Snickerdoodles:

How to make cheesecake mixture: 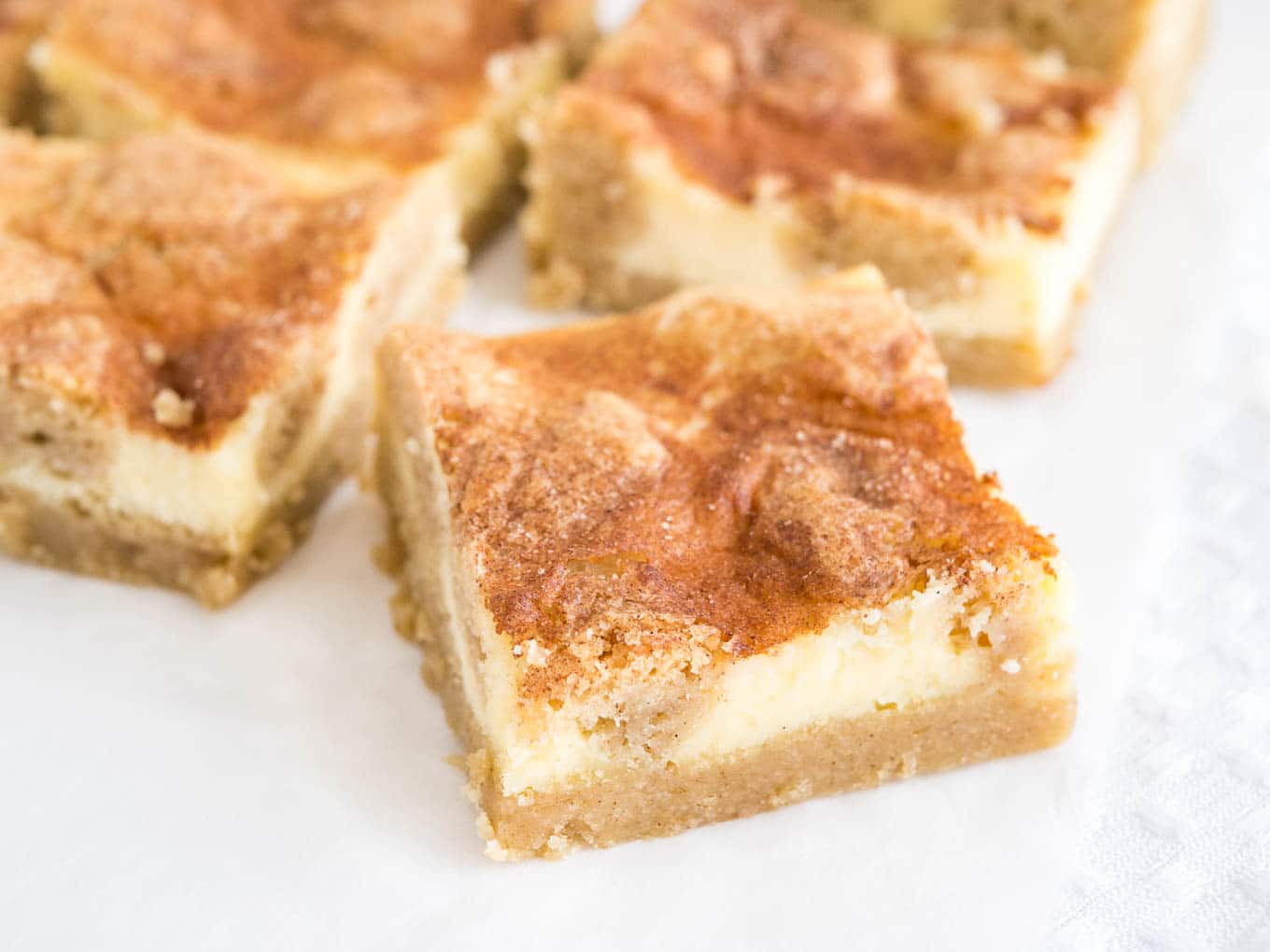