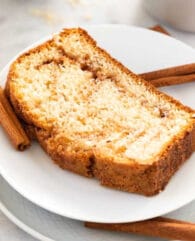 Cinnamon Swirl Bread is so easy to make without yeast and has a delicious cinnamon sugar swirl inside. This moist Cinnamon Bread is perfect for the holidays and makes a delicious breakfast or afternoon snack!

We love everything cinnamon-spiced during the colder months like our Apple Cinnamon Bread and these Easy Cinnamon Candied Almonds. 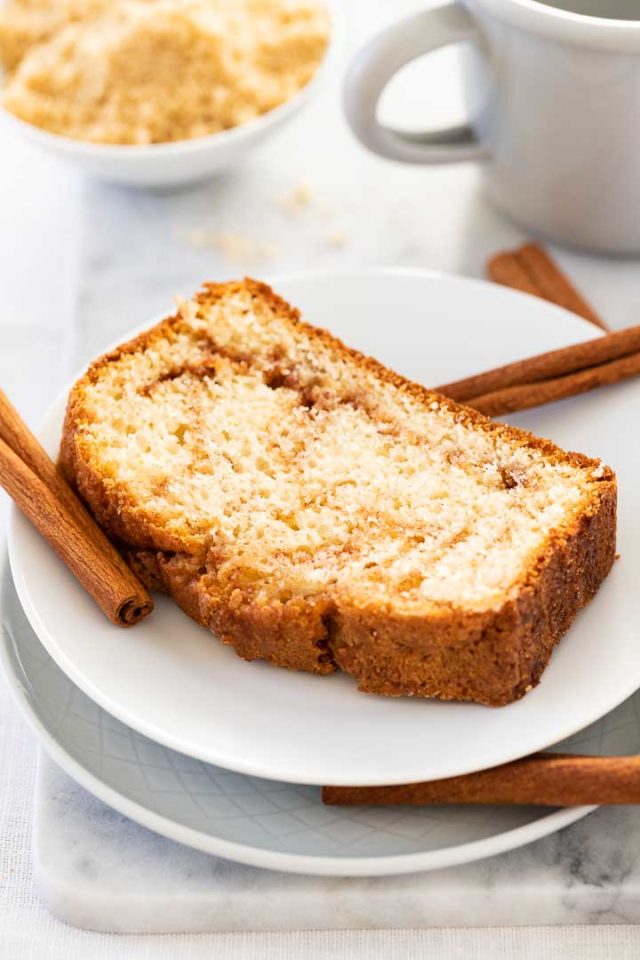 This Cinnamon Bread is so easy to make from scratch and will make your whole house smell amazing! It bakes up into a melt-in-your-mouth tender quick bread with a generous cinnamon swirl inside and a thin, crunchy cinnamon-sugar crust on top. This simple cinnamon bread tastes delicious with a big cup of coffee on a cold morning for breakfast but also makes a great afternoon snack.

Making a quick bread from scratch is so easy and quick and much simpler than making a yeasted bread. It takes only a few minutes to throw together and can be made in under an hour from start to finish. It has a tender, soft texture and keeps moist and fresh for days! You can make it a day or two in advance because this bread tastes even better on the next day. The cinnamon flavour tends to get more intense over time!

This easy quick bread recipe is made with simple ingredients that you probably have on hand but tastes so delicious. It is a holiday favourite in our family and always gone in seconds! 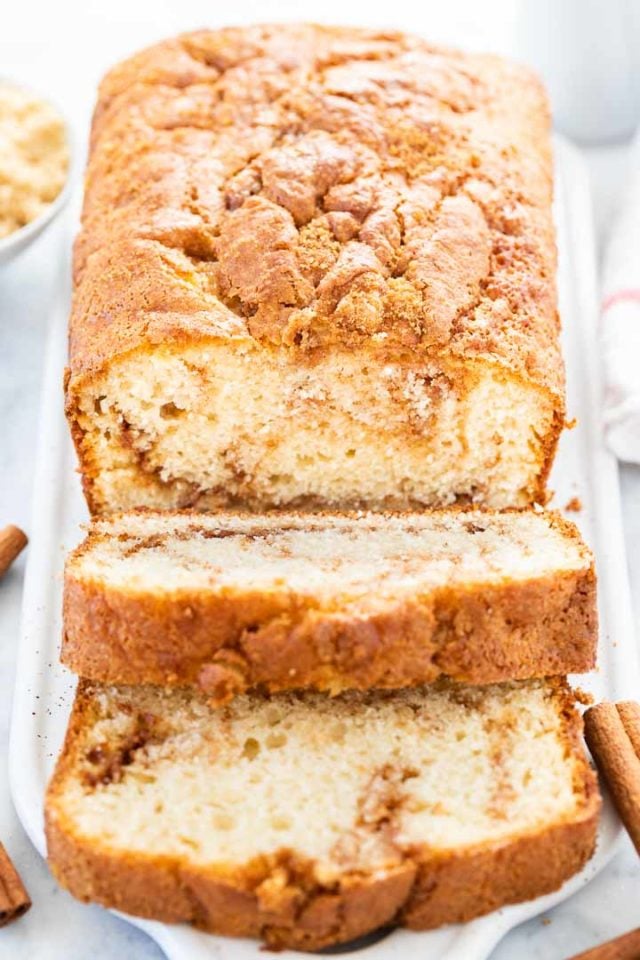 Tips on how to make the BEST Homemade Cinnamon Bread 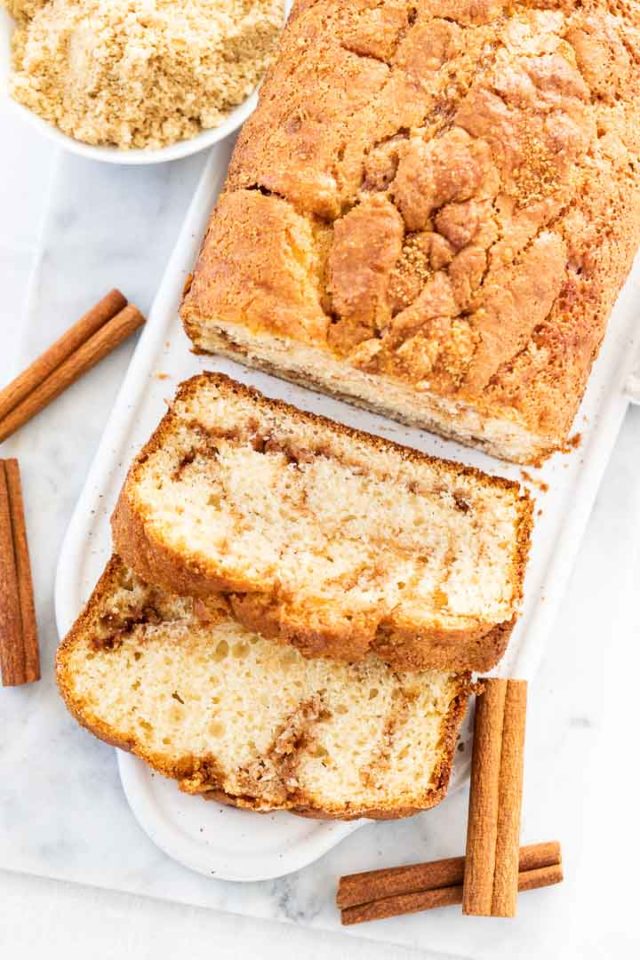 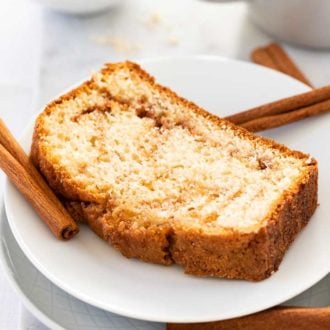 For the Cinnamon Swirl:

For the Quick Bread: